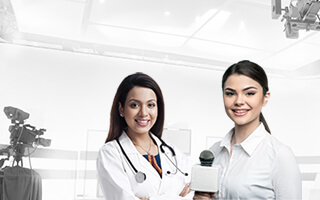 An informative guide to coping with premenstrual syndrome

When a woman behaves differently, experiences mood swings, complains of body ache and feels depressed, it is because she is undergoing something known as premenstrual syndrome. Though it is not a life-threatening condition, women have to deal with the torment just a few days prior to their menstruation cycle. The symptoms of premenstrual syndrome can be quickly recognised and the treatment is a must. Read further to understand details about this disorder and how it can be dealt with.

Known as PMS, premenstrual syndrome is a medical condition that has symptoms once a young girl hits puberty. These physical and psychological symptoms are linked to the menstrual cycle and occur just a few days before it begins. According to research undertaken by the American College of Obstetrics and Gynaecology, it is said that the cyclic occurrence of symptoms is severe enough to interfere with certain aspects of life. The symptoms are consistent and have a predictable relationship to the menses. The impact of PMS varies from one woman to another depending on the hormonal changes. Sometimes, it is so difficult to deal with and you just cannot get through the day.

The exact cause is still unknown, yet there are several factors that are involved in the occurrence of PMS. Studies reveal that PMS affects up to 75% women in their childbearing years. When there is a fluctuation in the menstruation-preparing hormones, such as estrogen and progesterone, PMS can occur. Stress and depression can further make it worse. A few other causes include low levels of minerals and vitamins, excessive consumption of salty food items, alcohol, and caffeine. They are said to alter mood levels, giving rise to the disorder.

There are many PMS symptoms that should be recognised and brought to the notice of your doctor. The symptoms differ in every woman based on her fitness levels and lifestyle. The glaring symptoms of PMS are:

Up to 85% menstruating women experience these symptoms of PMS. Likewise, around 2%-10% experience severe symptoms that require treatment.

People who are more vulnerable to premenstrual syndrome

Symptoms of PMS get worse with age and stress. Even women who have suffered from hysterectomies can have PMS. If you tend to suffer from depressive illnesses, panic disorders, psychiatric disorders or chronic medical conditions, you can be susceptible to PMS. Sometimes, heredity plays a significant role. If your mother and sister suffer from it, you may experience it as well. As per research, there are more than 150 physical and behavioral symptoms. The number of symptoms that most women experience is still limited. Those who are in their late 20s and early 40s, have a family history of depression, or at least one child, can face PMS. Even those who have a past medical history of either postpartum depression or a mood disorder are easy victims of PMS.

There is no single diagnosis test for PMS. The diagnosis is done largely on the basis of the obvious signs and symptoms. A thyroid test is done to evaluate the hormonal fluctuations, if any. A diary is maintained daily to monitor the PMS symptoms for a couple of months. Changes are recorded right from the day when the menstrual cycle starts up to the day it ends, and days when the premenstrual syndrome symptoms are high. Also, the physician will keep a track of the symptoms that occur two weeks prior to the menstruation cycle.

As per clinical trials, homeopathy has proven to be efficient in treating patients with PMS. Studies have demonstrated that homeopathy can significantly treat women suffering from PMS. Dr BatraÃ¢â‚¬â„¢s works at the root level to restore normalcy so that the patients stop experiencing stressful symptoms. Their treatment of PMS is non-habit forming and has no side effects. Patients have reported a significant relief from their symptoms and were able to lead a better quality of life. Dr BatraÃ¢â‚¬â„¢sÃ¢â€žÂ¢ believe that the feeling of well-being after the commencement of the treatment is an important indicator of the medications being effective. Along with the treatment, Dr. BatraÃ¢â‚¬â„¢sÃ¢â€žÂ¢ also advises lifestyle changes for a quick progress of the treatment. Why live with it, when you can treat it? Visit the nearest clinic of Dr. BatraÃ¢â‚¬â„¢sÃ¢â€žÂ¢ and get a health check up done to treat PMS.